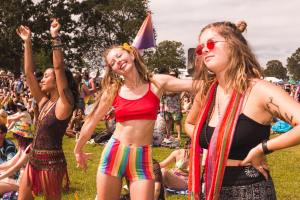 (not our friend’s party…)

Photo by Wendy Wei from Pexels

Despite being a bit behind on the ghostwriting, I still did my own stuff on Friday morning. I wrote a blog post for here, I posted Chapter 3 of Project Management for Writers: Gate 1, and I grabbed and prepared Chapters 4 to 8 so I had them ready for this week.

I top and tail each chapter so it can just be pasted and formatted on a daily basis. I’m posting this one on weekdays only as it’s only 14 chapters plus the introduction and the section on the Gates.

The last thing I did was have a quick look at the jobs board, just to keep my eye on things and to change my ‘job title’. (I added writer and ghostwriter to the existing freelance editor and proofreader.)

I had a salad for dinner, caught up on some online reading, and I did some more research for ghostwriting gig #6. Then I carried on writing it. The pressure was off, though, because I decided to work at the weekend.

A gardener came to look at a turfing job for us at about 5:15pm, but the poet dealt with him once I’d said hello. By the time I got back to my desk (at about 5:30pm) there was a new message waiting for me and a new proofreading job. From a new client! Sheesh!

I responded to her, gave her my availability, and then cracked on with the ghostwriting.

On Saturday, Monkey Dust, the poet’s band, had their first gig since before lockdown. It was a private party in a friend’s garden and there was a festival theme. As I don’t have anything to wear that is remotely festival, we popped out to see if we could find me something.

I wanted a skirt. A long, hippy skirt that went all the way to my ankles. I’ve been looking for some skirts since before I had my operation, and not a single one of the shops and supermarkets seems to be selling them. And they still weren’t on Saturday.

So I asked them why.

So I still didn’t get any skirts. But the poet did treat me to a t-shirt that I liked. The one and only t-shirt I saw that I liked.

I did have some summery linen trousers that the poet bought me a couple of years ago. But they hadn’t fit for some time. When we got back, I tried them on, and they fit! This is because I have now lost 9¼lb since my operation.

That meant I could wear my new t-shirt and the white linen trousers which, teamed with a straw sun hat, looked about as festival as I’m ever likely to get.

I managed to write 1,049 words for ghostwriting gig #6 Part 1. But then we had to take the dog over to my mother-in-law’s because we didn’t know how long we would be at the party.

Monkey Dust had a great gig, and we think everyone enjoyed them.

Because the band finished at the party fairly early (the poet doesn’t like to play in private back gardens much later than 9pm), we got back earlier than usual too. But it was still a bit of a late night. We arrived at his mum’s at 11:00pm on the dot.

However, when we got up on Sunday, after throwing all of the doors and windows open and closing all the curtains on the sunny sides of the house, I had one job and one job alone to do.

And that is what I did… until 3am this morning. By the time I made it to bed, it was almost 3:30pm. Saying that, though, I *did* have a break at midnight.

BUT… I wrote 13,008 words and I formatted and submitted the instalment. And this morning, by the time I checked my phone (at about 8:50am), the instalment had been accepted, approved for payment, and the next instalment authorised.

I had a very late start today in the end because I went back to sleep and didn’t make it to my desk until after dinner time. Today’s work will be in tomorrow’s blog post.

Words Worth Reading – out on 1 October!

Subscribe to my free newsletter and receive a free gift