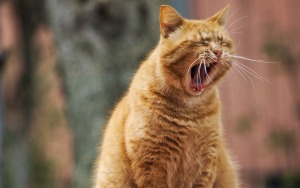 Image by dexmac from Pixabay

I had a very late start on Monday and for the umpteenth time I vowed to take the next day after a ghostwriting marathon and submission off. Unfortunately, I had another deadline only three days later (Wednesday), and I couldn’t take it off this time. Maybe next time…

So, yesterday, the gig list opened back up after more than a year off. And so did Monkey Dust. When I finally reached my desk, this was the first work I did. Plus, I wrote yesterday’s blog post.

The poet had gone off at 8:50am for another business trip for a few days ‘dahn sahf’. But a 4-hour drive took him closer to 6 hours, due to an incident on the M1 and something else on the M25.

When he finally arrived at his destination, he called me up with an SOS. He’d left his Powerpoint presentation on his desktop computer here instead of copying it to his work laptop. So I had to fire up his system, work my way around it, and email him the file.

I did it, though. And I had only just made my dinner (midday meal at almost 3pm due to my late start), so didn’t really lose any official work time.

I published Chapter 4 of Project Management for Writers: Gate 1 on Medium, and did all of the sharing stuff.

By teatime, I was ready to curl up on the settee and read a book. I was so tired. I tried to force myself to address ghostwriting gig #5 Part 2, and I did start to read it through to remind myself what I’d written before. But when the words began to blur, I called it a day and packed up.

Here’s what I did on Monday: