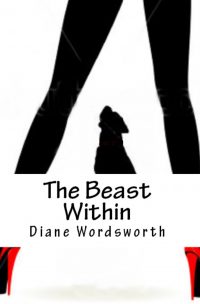 Now, when I say “special” I don’t mean “special” as such, I mean “other important characters not mentioned already”.

According to Ron D Voigts and Writing the Killer Mystery, these “special” characters consist of the following:

My “sidekick” was easy. That’s going to be Woody (aka Mark Palmer/Woodstock) from Night Crawler. He was easy to jot down things about because he also features in the temporarily abandoned Catch the Rainbow, so he’s had a lot of work done on him just lately and he’s still in the forefront of my memory.

Woody’s character profile ran to 290 words, and I didn’t have to look anything up.

My “opponent” was slightly more difficult, as I’d initially thought the opponent should be the anti-hero, or the killer. But Voigts gives this role to a character in his/her own right.

In Night Crawler, there were two characters I could choose for the “opponent”: 1. DS MacGregor, and 2. Doreen Craig, Marcie’s mom. (She’s a “mom” and not a “mum” because this is a Brummie series, and Brummies have moms.)

In The Beast Within, DS MacGregor has been moved on and up, and while DC Anderson has also been promoted, I’m not sure he’s big enough to be a worthy opponent to Marcie Craig.

And so I settled on Doreen Craig for the opponent. This may change in the future, or she may cling on with her painted fingernails. But, for now, Doreen’s profile has run to 294 words. (They’re very close.) And again, I was surprised that I didn’t need to look anything up. My memorable characters must stay with me! 😎

And then I stumbled and hit a bit of a brick wall.

Or should it be someone else?

In Captivating Characters (Volume 2 of Writing the Killer Mystery), Voigts’ description of the “supporter” is as follows:

The supporter is the go-to person when things get tough … For the police detective, a superior like the captain or division head is available to discuss a case or listen to some personal problem. The cozy [sic] sleuth has an old buddy or spouse ready to listen and offer advice. The private eye seeks solace with his bartender or priest. The key is someone who’ll listen.

So I still think it might really be the sidekick. Marcie isn’t a great gatherer of good friends, but the few she has are important to her as she is to them.

I’m mulling it over, though, and wondering if I can’t elevate another character to this position without changing Marcie’s character in the process.

Hopefully, by the end of this week, I’ll either have a “supporter”, or I’ll abandon the role or merge it with another.